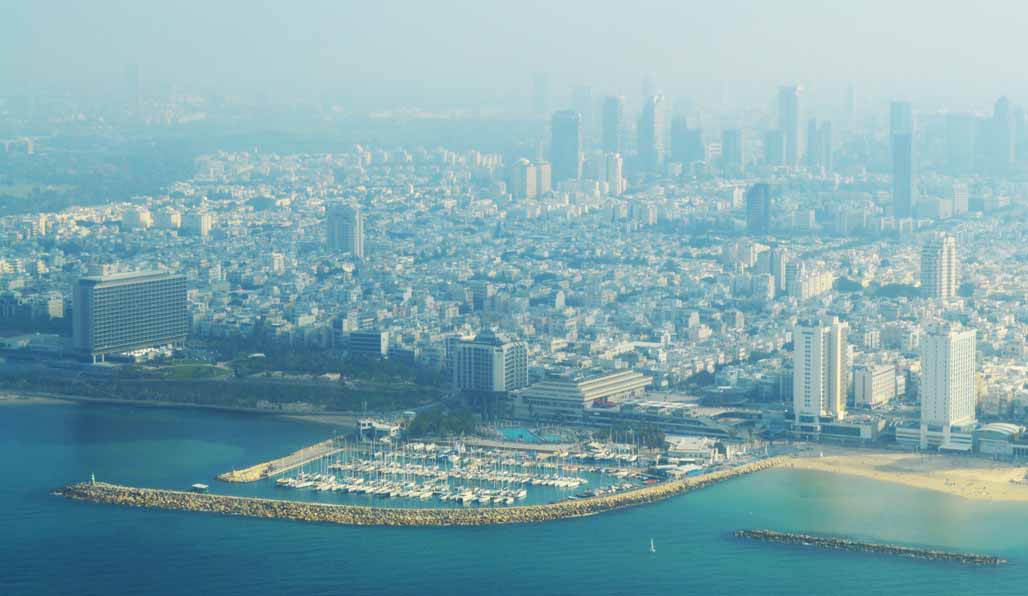 I’ve been traveling more than a year now, what I’ve done in all my life. I am lucky that thanks to my work as a travel editor, I am getting to know different corners of the world, which gave rice to my free tour to Tel Aviv. I’ve been to many places very different from each other, but each with a special hook that catches you. I have been able to ride an elephant in Thailand, waltz in the Palace of Sissi Empress in Vienna, take a camel ride through the Palm Grove of Marrakech, stroll through the London of The Beatles, dive in the turquoise sea of ​​Zanzibar to attend the inauguration of the provisional Pompidou Center in Malaga, among many other unforgettable experiences. I have it clear, life is the experiences and moments lived, and if it is close to loved ones, even better!

The fact of working as a traveler or as a tourist Is very enriching because your backpack is filled with those good experiences, but as written by the renowned Argentine professional traveler, Carolina Reymundez, in her book “The best work of the world “, also has its difficult part as in everything. The trips that are made by work have a completely different approach to those that are made for pleasure and that can only be experienced once you are involved in the garlic. Impossible agendas; almost not a minute to quietly savor the place where you are; loneliness, a lot of loneliness; Very unattractive early mornings; the back discarded by carrying the heavy photographic material throughout the day; suitcase up and down loaded with appropriate styles for each photo … Anyway, as I say, It is not a whole world of roses. What happens is that when you work to communicate nice things or desirable plans as it is in this case, unfairly everything seems different and you do not get to value the work that entails. I, personally, am one of “No pain” and I am really excited to share with you these wonderful experiences to serve as a travel guide if some day you decide to travel to any of these destinations.

Having said that, after traveling half the world, the free tour to Israel is one of the ones I most wanted to live in and, even more, being Catholic. Nothing could make me more illusion than to be able to tread, at last, the Holy Land.

Despite the fear planted to visit this country by the news that we see daily on television and newspapers, I have to say that my feeling during the trip was full security at all times and, besides, I have to say that I felt very spoiled . Of course, the control of security in Barajas before taking the plane was more exhaustive than normal but, honestly, I prefer it if that means avoiding any unnecessary fright.

Well, the first stop of my Israeli journey was in Tel Aviv, which is the second largest city in Israel. It is the center of the country’s global economy and is considered as its cultural capital due to its cosmopolitan and modern character, as well as being an important performing arts center.

Its name, in Hebrew, means literally: “the hill (Tel) of spring (Aviv)” in allegory to the book Altneuland, “Old New Earth”, of the founder of political Zionism, Theodor Herzl. “Tel Aviv” was also the name of a Jewish suburb of Babylon in the time of the prophet Ezekiel.

Since 2003, its “White City” of Bauhaus architecture was declared a World Heritage Site by UNESCO, since it comprises the largest concentration of buildings of the Modern Movement in the world.

Its beaches, cafes, its exquisite gastronomy, luxury shops and secular and modern lifestyle at the same time, have made it a popular tourist destination, although it is an expensive city.

By the way, during my stay there was the famous “Purim” festival, which is like the Jewish carnival. Everyone disguises themselves and they take delicious typical chocolate-filled sweets called “Haman’s ears”.

A hotel to stay

Tel Aviv has countless of good hotels to stay in. Although my stay was in Shalom Hotel & Relax, a Boutique Hotel located a step away from the beach and the marina of Tel Aviv. It has a very attractive terrace overlooking the sea, perfect to enjoy some time of relaxation. A “but”: the rooms are somewhat small. That notwithstanding, there are hundreds of hotels to pick from in your stay at Tel Aviv

I have to confess that one of the things that I enjoyed the most during my free tour to Israel was gastronomy. It’s been a while since I ate so well and so healthy. Many recipes based on vegetables, cereals, fruit. The hummus, a dish so typical of it, was my undoing and, moreover, with that pita bread that accompanied it !! These are the restaurants where I was in Tel Aviv and it was for dinner, since in my travels I usually make few stops to have lunch so as not to lose a second of my guide traveling around the city.

I had a very nice experience in this modern restaurant, with a cool atmosphere and a very appetizing menu proposal based on delicious salads, fish and meat cooked with a very original touch. The services offered to me was of standard. I must admit without mincing word, my free tour to Tel Aviv was indeed an awesome experience!

So, you’re in Halifax, now what?

12 Best Places to visit in Europe